We enjoyed a four-day visit with our 15 year-old grandson this week. He lives in Panama City, Florida and doesn’t get to visit Chicago that often, so we took him to one of our favorite spots in Chicago – Navy Pier. 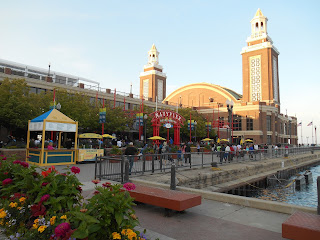 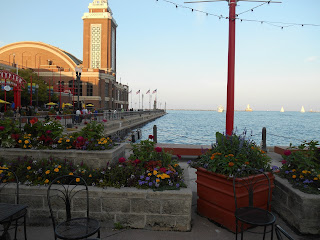 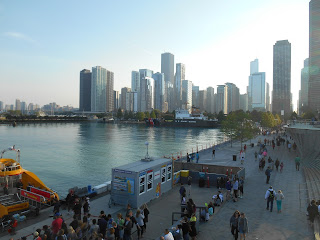 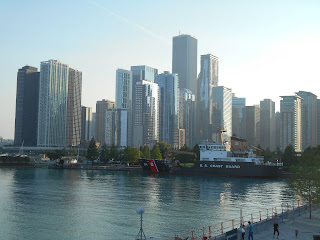 Navy Pier, built in 1916, extends 3,300 feet from the Chicago shoreline out into Lake Michigan and offers a wonderful view of the Chicago skyline. Today, the pier is one of the most visited attractions in the entire Midwestern United States and is Chicago's number one tourist attraction.

The Pier and its grounds encompass more than 50 acres of parks, gardens, shops, restaurants and other shore entertainment, including a ballroom, a concert stage, and convention exhibition halls.

Major attractions include a Ferris Wheel, an IMAX theater, the Chicago Shakespeare Theater, Amazing Chicago's Funhouse Maze, the Chicago Children's Museum, and at the entrance to Navy Pier is a statue of Oak Park comedian Bob Newhart, sponsored by the TV Land network.

Visitors can enjoy a ride on the iconic Ferris Wheel that reaches 150 feet into the sky, offering sweeping views of the Chicago skyline and Lake Michigan. The Ferris Wheel is open year-round, weather permitting. It never stops; people enter and depart the Ferris Wheel’s gondolas while it is slowly rotating around. 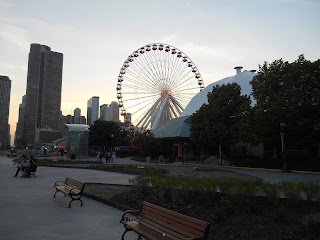 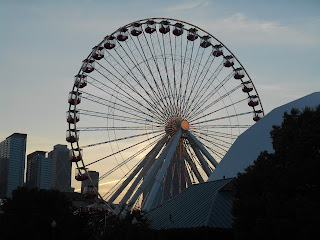 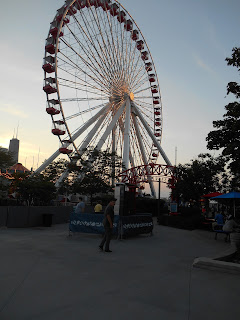 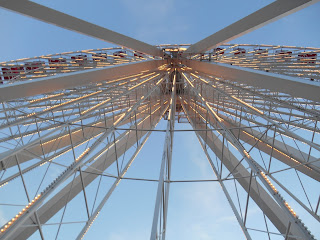 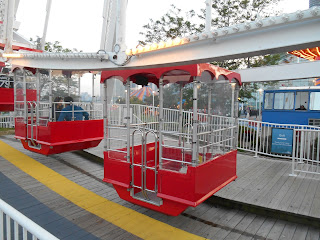 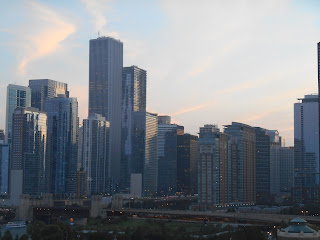 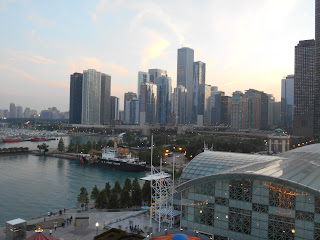 The Pier is used as an embarkation point for tour and excursion boats and is a popular place to watch lakefront events, including the annual Air and Water airshow and the parade of lighted and decorated boats during Chicago's Venetian Night festival.

Navy Pier attractions include sightseeing tours from companies such as Seadog Ventures, Shoreline Sightseeing cruises and Water Taxi service, and the Tall Ship Windy. There are also dinner cruises by Entertainment Cruises, on their ships the Spirit of Chicago, The Odyssey II, and the Mystic Blue. 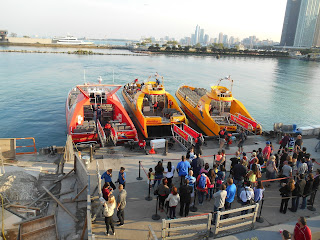 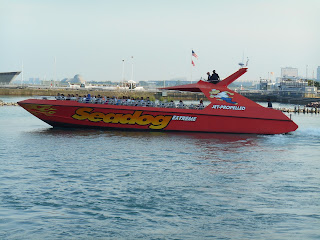 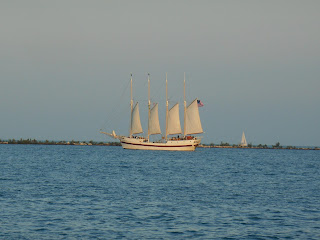 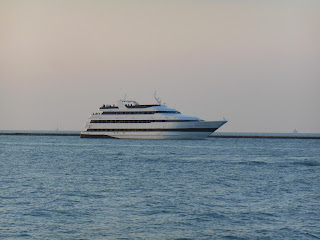 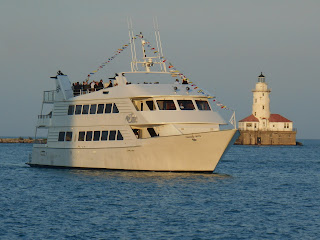 We bid goodbye to Navy Pier as the sun was setting behind the skyline of Chicago. 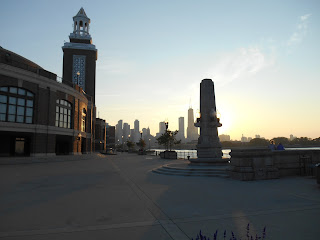 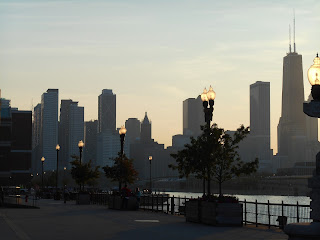 We finished off this day of adventure with a deep-dish pizza at Lou Malnatti’s. 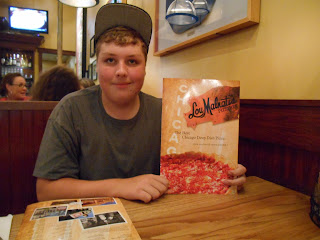 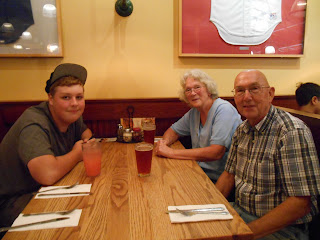 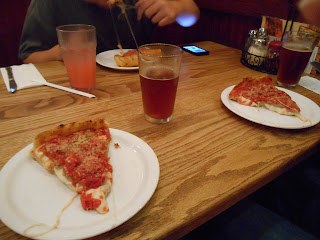 Posted by CasitaCamper at 2:45 PM No comments: Links to this post